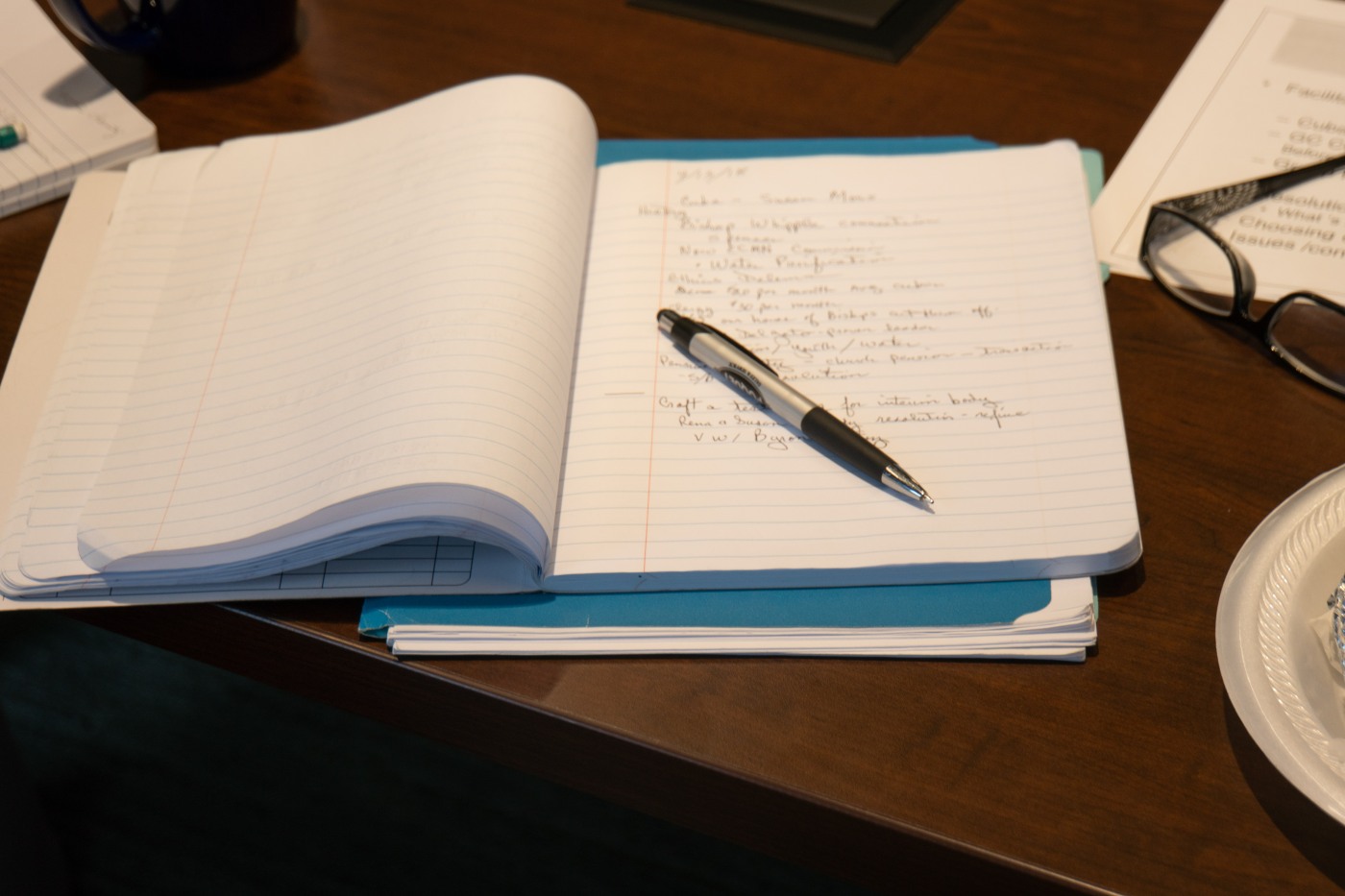 By: The Rev. Devon Anderson

One big topic at this summer’s General Convention was whether to revise or not revise the 1979 Book of Common Prayer. For those of you behind on the action, here’s a quick and dirty review:

1) The 2015 General Convention passed a resolution asking the Standing Commission on Liturgy and Music (SCLM) to come back to the 2018 General Convention with a “comprehensive plan for prayer book revision” – not begin the revision, just present a plan for revision.

2) Not only did the SCLM produce said comprehensive plan for full-on prayer book revision, it offered a second option for consideration: a “deeper dive” into the theology and nuances of our existing prayer book. SCLM asked General Convention to read its voluminous report that contained every possible angle, perspective, and data in order to equip General Convention to make a reasoned, mutual discernment about where God is calling the Episcopal Church (TEC) in regard to its common worship.

4) Then, on to the House of Bishops (HoB) went Option One. Before the HoB had time to consider whether or not to concur with the HoD, a substitute resolution was circulated by Bishop Andy Doyle very late at night to about 30 bishops and “interested parties” (which included me).

5) The substitute resolution passed HoB the next morning and though it was subject to a conference committee (members of both Houses), the final text didn’t differ much from the original substitute proposed by Bishop Doyle. The substitute then came back to HoD and passed.

6) Executive Council, which will meet for the first time this triennium in October (here in Minnesota!) will need to study the resolution as passed by General Convention and make several determinations (see below) about the resolutions’ meaning, and will also need to find funding, as GC did not fund the final resolution.

There are, of course, huge back-stories to each of these steps which someday I hope to be able to relay by way of a one-woman dramatic reenactment (clergy conference??).

But in all seriousness, the final version of resolution (A068) can be read quickly and understandably, and is worth the read (you’ll impress all of your friends): https://www.vbinder.net/resolutions/A068?house=hd&lang=en

Here are some of the things Executive Council will need to parse out, among others:

Another bright spot is that A068 incorporated the SCLM proposal for professional, poetic, “dynamic equivalence” translation of the existing prayer book and the Enriching Our Worship series into Spanish, Fresh, and French Creole, and included the $201,000 asked for by SCLM for that work.

As the chair of SCLM for the past three years, my principle worry about A068 is the full inclusion and participation in the revision process of people of color, ethnic and cultural communities within the Episcopal Church. Both options included in the SCLM report were geared toward maximizing the full leadership capacity, wisdom, creativity, and gifts of people often found on the margins in the process of moving forward together around our common worship. But A068 did not include any semblance of a comprehensive plan. Full inclusion, full participation – if done right and well with integrity – is expensive. When General Convention fails to fund what it asks for, what is often sacrificed is full inclusion. And I see that sacrifice as antithetical to God’s call to the Episcopal Church to engage serious and effective racial reconciliation and healing.

For a more in-depth (and kind of snarky) look into the prayer book revision saga at General Convention, see: http://crustyoldean.blogspot.com/